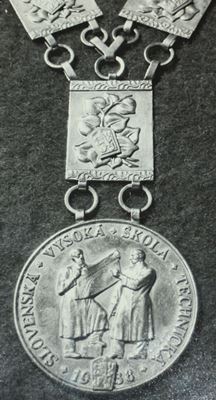 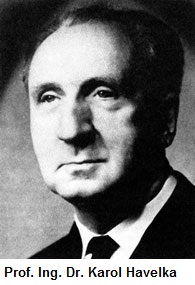 Study program Structural and Transportation Engineering at Faculty of Civil Engineering in Bratislava is the oldest study program of the Slovak University of Technology. It was established already in the academic year 1938/39 as the first study department known as "Inžinierske staviteľstvo konštruktívne a dopravné (civil/structural and transportation engineering)". "Department of concrete structures" was founded in 1940 as the predecessor of today's department. Institute domicile was located at Tolstoy Street. The first head of department was prof. Ing. Dr. Karol Havelka, employed as Associate Professor. He arrived to Bratislava from VUT Brno (Czech republic) where, thanks to his excellent working results, he had already been habilitated as lecturer. His draft to Slovakia was personally supported by prof. J. Hronec and prof. A. Turecký. Professor Havelka brought with him a piece of professional fundamentals of the University of Technology in Brno, especially from the area of Structural Mechanics and Elasticity - works of Ursíny, Bažant and also Šolín. In the field of reinforced concrete, it was a school of Rieger and in the field of bridges made of reinforced concrete it was the concept of Záruba, which were brought by him to our University. Prof. Havelka´s activity fundamentally influenced the work of the whole Institute.

Publishing opportunities were very small in that time. In the beginning there was only one magazine called "Slovenský staviteľ (Slovak builder)", in which the application of the method of substitutional cross-section and also the article about coffer ceiling were published. Furthermore there was a "Technický obzor slovenský (Slovak technical horizon)", a forum for science, electrical engineering, and constructions, in which another part of departments works was published - article named "Effect of haunches in the method of fictitious moments based on the Strassners reduction coefficients".

Also in the school magazine "Technik" a series of articles published by prof. Havelka appeared as for an example the "Questions, errors and opinions". They were considering the theory of reinforced concrete, expressed in the form of questions, such as: 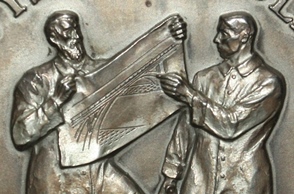 Are ties in the beams under tension? If so, how much tension do they transfer?
Do we consider shear in the plate beam secure enough?
How to calculate the shear under eccentric pressure?
How to calculate ties in columns? Torsion?
The combination of torsion and shear?

However the war largely retarded the scientific progress since the material equipment of the institute was limited. After the war the library has been restored even through the damage caused by the massive evacuation. Plotted curves and scales of future concrete ruler have been saved.