In the years 1952 - 1953 departments SAV (Slovak Academy of Sciences) and USTARCH (Institute of Construction and Architecture) were established. Head of the department - Prof. Havelka - became a member, correspondent and chairman of the technical section of the Slovak Academy of Sciencis and also the first director of the Institute of Construction and Architecture. Development of the department was transferred to younger teachers, while some assistants were leaving to SAV, others remained in cooperation in various forms. Literally the fight took place on several fronts.

In the educational field, it was necessary to make various adjustments of study plans, to define academic profiles and align disciplines of individual specializations. In the research area it was necessary have specialized staff, equipments and laboratories. Academy also had to be in contact with a construction industry and it had to know what the real requirements of the civil engineering practice are. At that time the department made a variety of crucibles in relation to the effect of the statically indeterminate structures. The department was concerned with issues of activating the subsoil interacting with the bridge structures and also with solving the problems of concentrated forces acting on the concrete mass for the purpose of prestressing. Department found some solution how to define them, or how to deduce them with relatively imperfect equipment.

That is the reason why following projects are appearing in department’s catalogue: Grand hotel in Trenčianske Teplice, the Vir dam, Arch Bridge in Dlhá nas Oravou, Bridge across the river Váh in Komárno and many others, which can be found in expertise and project catalogue of the department. 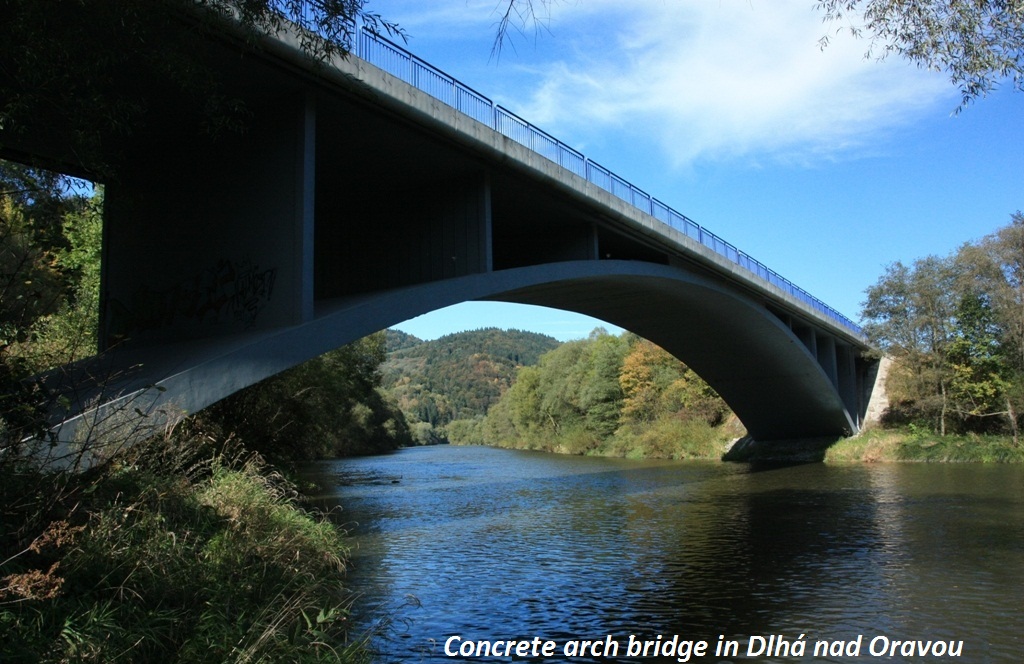 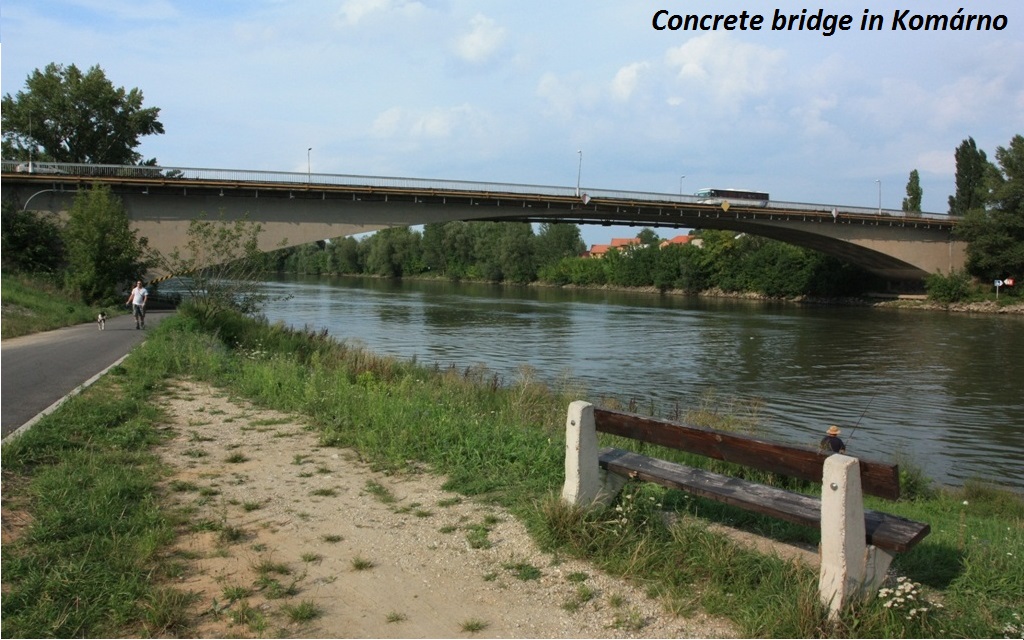 One of the biggest experience and responsibility for the department were the works associated with the Sereď bridge, which was constructed completely of prefabricated elements. Bridge has six spans, 57 m each, with a total original conception of demoulding and fastening by using large diameter tendons. In already mentioned case, the department managed to solve a variety of completely new and complex professional solutions and issues. It is especially necessary to point out on the creation of the stress-strain diagram and modulus of elasticity of the tendon with a diameter of 100 mm, along which the longest deformeter in our experimental practice was installed with a length of 57 m.

All these projects resulted in creation of large experimental possibilities. Under pressure from the fact that the model is not enough for analysis, equipment was expended with orientation rather for in field usage.  We struggled with the temperature and humidity control, as well as with light and its sources when it was used as a measuring medium in photoregistration of static and dynamic experiments. Physical verification of input parameters of the materials such as concrete, steel or plastic caused great difficulties, because of the lack of well-equipped testing laboratory. The department bought a hydraulic press with a capacity of 200 tons, but since it was installed in the basement floor it could not be properly utilized, due to its inaccessibility, even for the practical lessons for our students. There was a great demand to build a laboratory for heavy and oversized samples, but as every new object within school it was associated with considerable difficulties in order to reach an agreement for such an investment. The main issue was that all departments and faculties wanted to assert their interests; therefore common solution was very hard to find. First, the department attempted to adapt by reconstruction or extension to the building on Tolstoy street. However, all options failed and there was also no possibility to build a new faculty building.

In the folloving years, some very interesting theoretical works were elaborated such as "Prestressed circular foundations with variable cross-section" or "bridge and building frame structures". The first of them is honored with the State Prize of K. Gotwald and prof. Havelka and his colleagues developed it up to the stage of "prestressed rotary  shell structures for foundations", which proved to be a great anticipation, because this idea has been later applied in a number of various structures all around the world

In 1958, the Head of Department changed. The new Head of department became prof. Ing. J. Trokan, who later became a Dean of the Faculty of Civil Engineering during the years 1962 and 1963. After creating the Faculty of Civil Engineering, by merging the Faculty of Engineering Structures and the Faculty of Architecture and Civil Engineering, professionals from the civil engineering practice has started to work at the Department in 1960. In addition to several other projects, under the supervision of  Doc. Harvančík, these engineers carried a detailed structural survey of the preserved part of Bratislava Castle and developed a structural reconstruction project in the years 1954-58. They also participated on the structural design of the first “panel” multistory building (building made of precast elements). Works which they carried out in the field of precast structures during this period were new and innovative. Wall and ceiling panels had supporting frames made of prestressed concrete.

The department participated in some works which dealt with the structural issues of new building technologies of lifted ceilings, which were used for the very first time at the building of Matica slovenská in Martin.

In 1965, in the plant Slov. hodváb in Senica five switched prestressed girders of 18 m length had collapsed. The aggressive chemical environment and poor quality of the grouting of cable ducts were the causes of this accident. After that, the department designed and implemented the reconstruction of another 40 girders.

On May 7, 1964, the cornerstone was laid for the construction of the new buildings of the Faculty of Civil Engineering in the area of Slovanská and Starohorská Street. The Department moved to the first finished block- A to the 3rd floor in 1966 where it is located so far.